Forcing Freedom: Black Abolitionists and the Politics of Violence 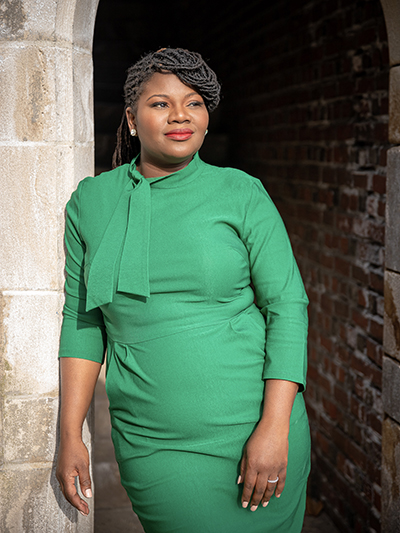 Event Description:
Dr. Kellie Carter Jackson, Associate Professor of Africana Studies at Wellesley College, will discuss the conditions that led some black abolitionists to believe slavery might only be abolished by violent force. Her research is the first to explore black abolitionists’ tactical use of violence. This event is part of the Dr. Ronald Foreman Lecture Series.

Speaker Bio: Kellie Carter Jackson is an Associate Professor in the Department of Africana Studies at Wellesley College. Her book, Force & Freedom: Black Abolitionists and the Politics of Violence, provides the first historical analysis exclusively focused on the tactical use of violence among antebellum black activists. Force and Freedom won the James H. Broussard Best First Book Prize, is a finalist for the Frederick Douglass Book Prize, a finalist for the Museum of African American History Stone Book Prize and listed among “13 Books to Read on African American History” by the Washington Post. Carter Jackson is also co-editor of Reconsidering Roots: Race, Politics, & Memory. With a forward written by Henry Louis Gates Jr., Reconsidering Roots is the first scholarly collection of essays devoted entirely to understanding the impact of Alex Haley’s Roots. Her essays have been featured in The New York Times, The Washington Post, The Atlantic, The Los Angeles Times, The Guardian, NPR, The Nation, Time, and Boston’s NPR, among other outlets. She has also been interviewed for her expertise for MSNBC, SkyNews (UK), The New York Times, The Guardian, PBS, Vox, The Huff Post, C-SPAN, the BBC, Boston Public Radio, Al Jazeera International, and Slate. She has been featured in many documentaries and podcasts on history and race in the United States. Carter Jackson is a commissioner for the Massachusetts Historical Commission and a Historian-in-Residence for the Museum of African American History in Boston. Lastly, she is the co-host of the podcast, “This Day in Esoteric Political History.” She is currently working on a book about race and the RMS Titanic. You can follow her on Twitter @kcarterjackson.